Create an Account - Increase your productivity, customize your experience, and engage in information you care about.

What is the Stephens' Kangaroo Rat?

In October 1988, the Stephens' Kangaroo Rat (SKR) was listed as an endangered species by the U.S. Fish and Wildlife Service (USFWS). Under the Endangered Species Act, both the SKR and its habitat are protected from any type of disturbance resulting in harming the species.  At the time of the listing very little was known about the animal, its geographical distribution and its habitat needs.

Since the listing and formation of the RCHCA much has been learned about the species.  SKR is an endangered rodent native to Southern California. They make their home on grasslands and coastal sage scrub without too much plant cover.  Although it is small at only 2.4 ounces, it plays an important role in its environment.  SKR is a keystone species that has a  great effect on their ecosystem and surrounding environment.  Without keystone species, the ecosystem would be dramatically different or cease to exist all together.  Keystone species have low functional redundancy.  This means that if the species were to disappear from the ecosystem, no other species would be able to fill its ecological niche.

On February 17, 2022, the USFWS reclassified the Stephens' Kangaroo Rat from endangered to threatened under the Endangered Species Act. A concurrent 4(d) rule will provide additional management flexibility for landowners within the species’ range to conduct weed and fire management activities, and other beneficial actions outlined in approved management plans. This monumental milestone signifies species recovery through excellent land management practices as outlined in regional Habitat Conservation Plans (HCP). RCHCA remains dedicated to the goal of full species recovery for SKR, and will continue conservation efforts unabated.

Why are they Important?

These rodents are able to promote the growth of native plants and reduce the spread of invasive ones. They do this through their diet of seeds and burrowing. The SKR build complex burrows which increase soil fertility and water infiltration. These rodents also tend to store seeds in their burrow. Not all of these seeds will be eaten, leading to more native plant growth. 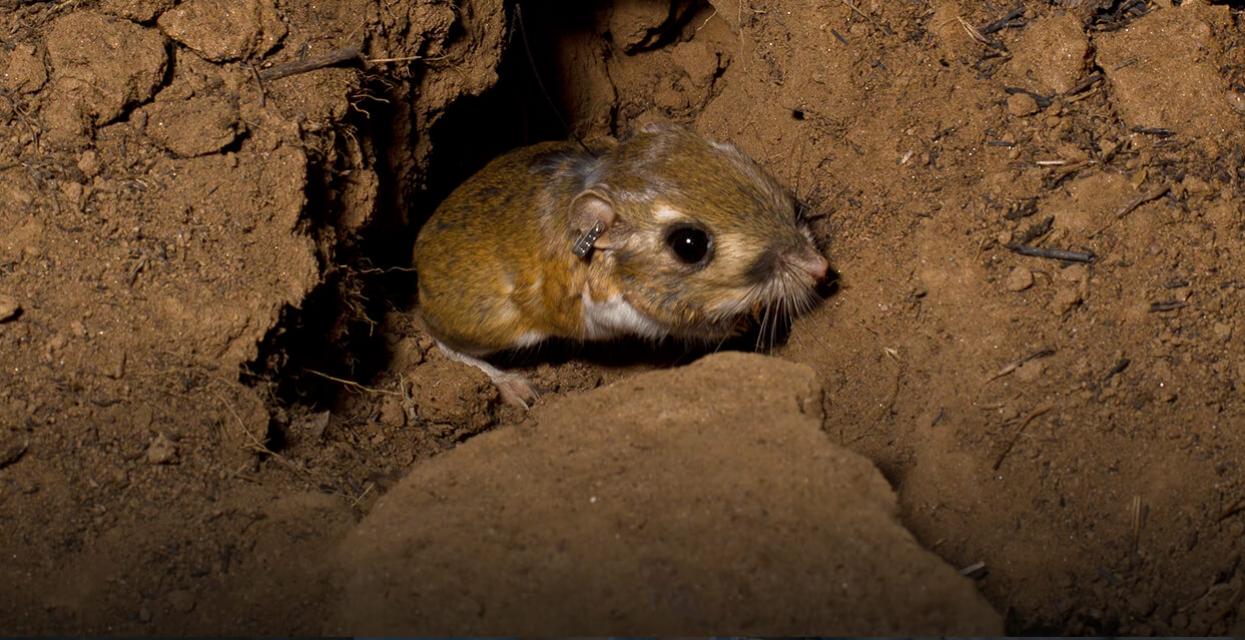